At 25-26-27th of February 2011, it took place in Avlona of Greece, organized by the working club of Clever Canin, a seminar about obedience, tracking and protection (IPO-BH) workshop, with one of the best handlers and trainers, several times, world champion, Knut Fuchs from Germany.

Of course the dogs of KYNON MELATHRON kennel where there, with Kively (Peppe Nero Ginseng Grove) been the protagonist, and as everyone admit, she left speechless everybody while she was working, even Knut Fuchs. And as he told us, it was his first time seeing and actually working with a shar-pei in a sport like that and with such a success! He saw us his enthusiasm and took a lot of photos with Kively by his side in working action, and said to all of us ‘’ I like that dog, I want it!’’.

As a pride owner and handler, I can’t do nothing else than share my joy, with the people that support and helped me, and to say a big ‘’thanks’’ to them, and especially to my fabulous Kively, the one that always sine and fascinate everyone, with the easiness, the speed and the style of her that always work in the working trial. So, the myth and the beliefs of some people that this breed is only for sleeping in the sofa, broke down for once again! Go on for championship my little star!!!! 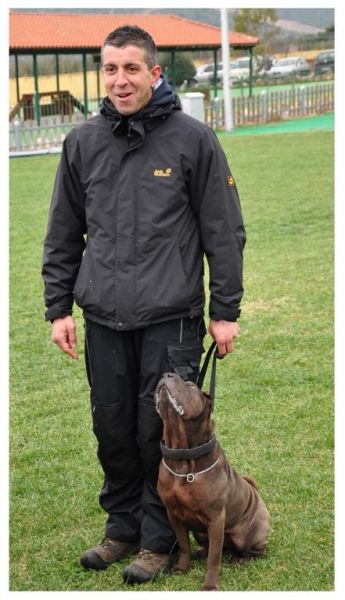